When I was a student in Japan, like usual, I was reading trying to understand the people where I was.  Many people don’t realize that the Japanese royal family is supposed to be descended from Amaterasu.  According to the Shinto religion, her parents, Izanagi and Izanami, were supposed to have created the Japanese islands, and Amaterasu was supposed to have created the Japanese people.  The reason the Japanese people fought so hard in WWII was because they thought their emperor was a god, and they were descended from the gods, and they were destined to take over the world, Shinto teaching. The Japanese royal family are supposed to be descendants of Amaterasu.  Shintoism is the original Japanese religion before Buddhism came about in Japan.  The most important Shinto shrine in Japan is dedicated to Amaterasu, and three items that the emperors of Japan have passed down through time that were supposed to have belonged to Amaterasu are located in that shrine, a mirror, a sword, and a precious stone.  There is a very interesting story they tell that seems to be the most popular Shinto story that is related to the sword and the mirror. 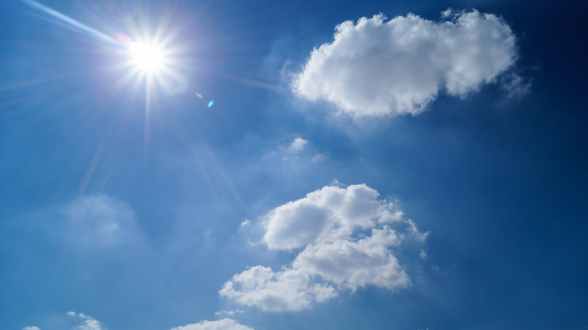 Photo by Skitterphoto on Pexels.com

Photo by Alex Andrews on Pexels.com

Izanagi and Izanami had more kids than Amaterasu.  They also had a couple of sons.  One of the son’s names was Tsukiyomi, the god of the moon. He was Amaterasu’s brother and husband.  However, there was trouble in paradise.  This is how they explain the separation of night and day. Tsukiyomi killed the goddess of food, and it made Amaterasu angry, so she left him and that is why we have the sun in the day and the moon at night according to the Shintos. Izanagi and Izanami’s other son’s name was Susanoo.  He is the god connected to the sword.

Photo by Felipe Cardoso on Pexels.com

Photo by Engin Akyurt on Pexels.com

Susano is the god of the sea and storms according to the Shinto religion.  His father, Izanagi, told him he had to leave Heaven.  Before he left, he went to visit his sister, Amaterasu to say goodbye. They began a competition.  She used his sword, and he used her necklace to make people. She created three men from his sword, and he created five men from her necklace.  She claimed the five men were hers because they were made from her necklace, but he claimed since he made them, they were his.  They got in a big fight. She was sitting at her loom weaving, and he threw a dead horse into her loom.

She got mad and went into a cave to hide and sulk.  Darkness came on the face of the earth because she was not out shinning like the sun should.  The evil spirits were allowed to roam freely in the dark. Everyone wanted her back.

The goddess of happiness decided she needed to do something about it.  First, she put roosters in front of the cave to crow thinking that Amaterasu would think it was morning and come out, but she didn’t.  Next, she set a mirror up in front of the cave.  She turned a bucket upside down in front of the cave.  She got up on the bucket and began a strip tease act causing all the gods and goddess to laugh at her. When Amaterasu heard the laughter, she came out to see what was going on.  She got a glimpse of herself in the mirror and could see how beautiful she was and paused.  In that pause, another goddess grabbed a stick made of corn stalks or something like that and barred Amaterasu from going back into the cave. She was forced to stay out of the cave and shine.  She was so angry with Susanoo, her brother, that she banished him from Heaven and he has had to live on the earth ever since.  That mirror and the sword are two things passed down from generation to generation in the Japanese imperial family.

When I was reading about Amaterasu when I was in Japan, I also fund a text that said that when a baby begins putting their lips together and saying, “Mama,” the baby is actually saying “Ama” for Amaterasu because they consider her the mother of all the Japanese.

The Japanese monarchy is the oldest monarchy in the world dating back to the seventh century B. C.  However, the earliest records of where the Japanese people wrote about Amaterasu are from 680 A. D.  Her stories were told by mouth for a long time until the Koreans of Baekjae, one of Korea’s three kingdoms that was down around Busan, brought the Chinese characters to Japan and taught them to write. When I was thinking about all this, I realized there are stories about sun gods and goddesses from all over the world. The sun seems to be something that early man all wanted to worship.  Most of those stories have been abandoned as myth, but the people who believe in Shintoism in Japan like the emperor and his family believe in Amaterasu.  I understand that many of these old stories were made up to explain things that the people couldn’t explain.  Perhaps the sun went dark for a while, and that is why the story of Amaterasu going into the cave was made up.  Perhaps there was an early Japanese woman named Amaterasu.  It is hard to say where all this came from.  Most of the world has the story of the one creator God that created the world and everything in it even if they have a pantheon of other gods and goddesses.  However, there were several deities in the Japanese Shinto religion who were responsible for different parts of the creation. Mankind wants a god to worship, and even if they don’t know the one creator God that many in the world know, they will make up gods and goddess.

View all posts by americankorea